I first wrote something on this subject over 10 months ago using a banner headline taken from the front page of The Daily Mail.  It championed a cause led by the Patients Association to do something about the appalling care of elderly people in many NHS hospitals.  The focus of concern was the failure of staff to deliver even the most basic of care – food and drink.  Several other articles followed with more examples of poor treatment.  The outcry was endorsed by a host of celebrities and an appeal to raise £100,000 was launched.  The Health Secretary – Andrew Lansley – promised action and the Care Quality Commission promised to look into the problem.  (See the TAG CLOUD – “NEGLECT SHAMES BRITAIN” for all the earlier posts).

Nearly a year later nothing has changed but we are getting another report from the toothless regulator – CQC – confirming what everyone already knew.  The Commission found HALF of the 100 hospitals inspected were not meeting basic nutrition standards.

Official figures show that more than 800 patients die of dehydration and 300  die malnourished.

In an attempt to get on the right side of the problem, the Health Secretary came up with hollow assurances about dignity and compassion – no assurances about food and drink though – and a wonderful realisation that “we must never lose sight of the fact that the most important people in the NHS are its patients”.  The final, but hardly reassuring promise, is that “in the future new local Health Watch organisations will be able to carry out unannounced independent inspections and hold local services to account” – which sounds like “pass the parcel”.

Reports after reports, promises after promises and still nothing changes.  So what are the fundamental issues which lead to this crisis of neglect?

The inability of our society to escape from this problem is blinded by the mindset that sees the elderly as a burden and increased lifespan as a penance.  This is a view shared by our political leaders, in spite of their public protestations, but it is also a perspective of most members of our society if we judge ourselves by our ability to stand back and watch this neglectful situation develop.  Sadly, it is a belief increasingly held by elderly people themselves as they succumb to all the negative rhetoric of ageism and the increasingly frequent talk of assisted suicide and euthanasia.

The central thing to recognise is that the demographics won’t change at least for several generations.  What we can change, in the flick of a mental switch, is the glass half full view to see the elderly as a pool of wisdom and experience.  To see their added years as a reservoir of volunteers to heal and bind our society – a generation of givers not receivers.

Significantly, many of the UK’s elderly have the accumulated wealth to support themselves, once they let go of the idea that they need to leave a legacy to their offspring.  Cashing in their ‘castle’ will not come easily to many people but it is essential to break the mould of demographics and inadequate public funds.  Once broken it can release a liberating amount of money to pay for improved health care as well as increased later life opportunities.  Ultimately, this is just an acknowledgement that since we, the older home owning generation, did not anticipate living to an even riper old age, we are fortunate to have acquired wealth in housing equity which can now be cashed in.  This line of thinking will undoubtedly stir up a hornets nest of opinion about those who saved and those who didn’t, but that is a fruitless argument and ignores the fact that most of the growth in housing assets has been down to inflation.

Ultimately only individuals, perhaps with the encouragement of their children, can make this mid-set change for themselves.  The Government s likely to continue to sit on its hands rather than admit that it have not got enough money to solve the problem.  All the negative reports about the poor care of the elderly only serve to increase the despair about the situation.  It would be far better for the Government and the CQC to highlight and reward best practice and to support improvements in preventative health care.  Equally, agreeing to the Dilnot Commission report and paving the way to an insurance market for privately funded long-term care would further open up a new way of individuals securing better health care.

Elderly people themselves need to take control of their own futures with all the resources they have at their disposal. 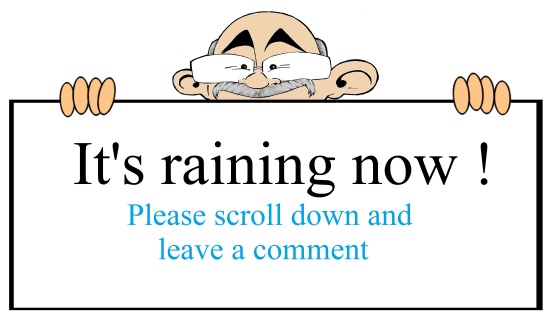 This entry was posted in HEALTH and tagged "Neglect Shames Britain", NHS. Bookmark the permalink.