Now that the Last Laugh Looney Party is in the Cabinet we are bound by Cabinet responsibility not to divulge our confidential discussions to anyone.   However in the spirit of “Open Government”, which our Prime Miniser says she is committed to, I am sure Theresa ( or Tezz as she prefers to be known by her close friends ), won’t mind if I give you a hint of how our negotiations over Brexit are going.

In fact, it is only fair to say, they are not going too well so far.  The Europeans are demanding £ billions before we even start talking and the British team are repeating Maggie Thatcher’s last message about the European Union………. “NO,NO,NO.”

Ever since we agreed to take over the bankrupt Greek islands, the LLLP got on with Mr Jean Claude Junker a lot better.   So we are trying to move forward with some of our own manifesto ideas.

Oddly enough it struck the rest of the Cabinet as strange that we should want to honour our manifesto promises.    Several of my Cabinet colleagues said “now that we are in power we should be able to move forward with all the things that were too difficult to mention before the Election.    It is only the Opposition parties that keep harping on about all the things they would have done, if only the voters had had the good sense to elect them”.

They were all especially surprised when we wanted to open the Brexit negotiations with “Packaging”.    They all felt this was far too small a detailed idea to be bothered with but accepeted if that was all the LLLP wanted to talk about, let them get on with it, while they concentrate on the bigger ideas like global trade and immigration.  Still, the E. U. were delighted because they thought it was it was a small concession to make in exchange for a few billion euros.

All 27 countries of the EU reluctantly accepted that they would no longer transport food to the UK in shrink wrapped packaging, which in the past it has enabled them to send weeks old fruit and veg across the channel as if it was picked yesterday.  Of course it was recognised that after a transition period, there would be a dramatic reduction in imported European fruit and veg.  On the positive side this would revive the British agricultural industry and significantly increase the demand for tomatoes from the Channel Islands, which is especially good news for the Island Republic. 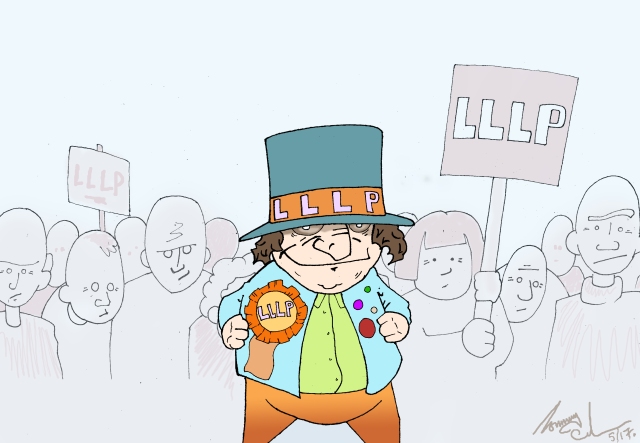 I should be able to “leak” more of our progress with our packaging negotiations next week.