Today Whitey Bear found a box on a shelf in the study which Uncle Den had made.  The box had a lock, so Whitey thought “it must contain something valuable”.  Sadly when he opened it was completely empty. 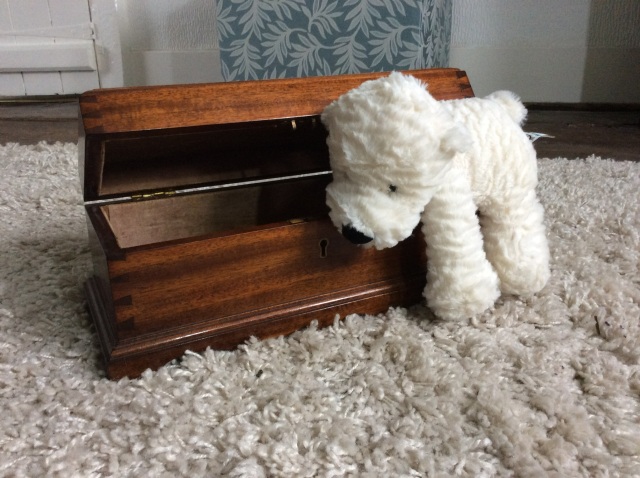 This was a puzzle for all the bears because it led them to question what they were going to do if they ever manage to empty some of the many boxes.  So Big Ted called a Bear conference and these are some of the ideas that the Tidy Bear Team came up with for using empty boxes:-

There will be a copy of Walt Hopkins and George Simons’ book — “Seven Ways to Lighten Your Life Before You Kick the Bucket” — for the best ideas on de-cluttering.

This entry was posted in SMILES and tagged Bears, Clutter. Bookmark the permalink.