I’ve been writing about pensions since I started this blog four years ago.  It has always been a fairly unfathomable subject.  But in 2010 the Coalition Government promised, not only to radically simplify the state pension, but also to significantly increase its value.  Of course that was a politician’s promise and it would be naive to believe everything you’re told by a politician of any party.

For that reason in October 2010 I wrote a blog called “£140 Pension Illusion” which commented on the new higher pensions announced by Pensions Minister, Steve Webb. 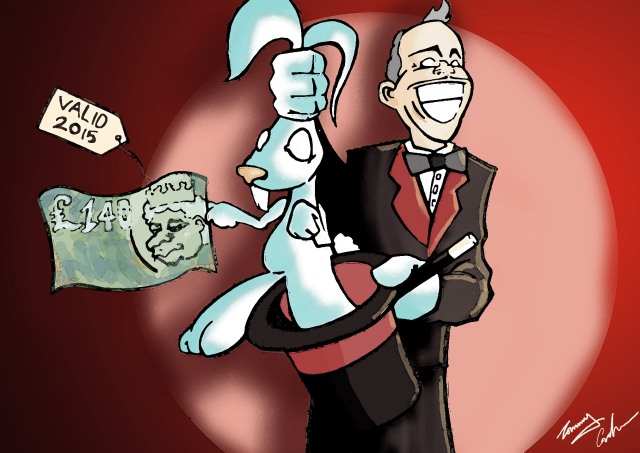 In March 2011, the Pensions Minister had supposedly fought an heroic battle and overcame the Treasury objections to the high cost of the proposal.

By 2013 the too good to be true illusion was beginning to unravel.  Existing pensioners would not be receiving the higher pension and everyone else would have to wait until 2016.  Sadly the bad news doesn’t stop there.  So I then wrote two more blogs entitled “Now you see it” and “Now you don’t”.  ( You can see them by clicking on ” The £140 Pension” in the Tag Cloud) 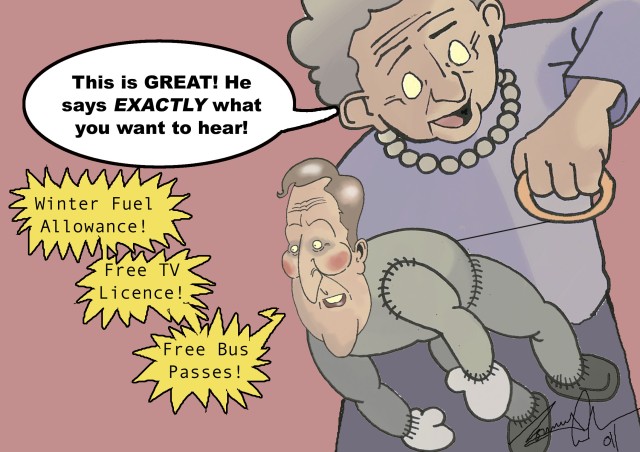 It remains to be seen in 2016 whether ANY elderly person at all qualifies for the new £155 pension  :-

This entry was posted in Pensions and tagged " £140 Pension Illusion". Bookmark the permalink.