Here’s the first idea for spending  our new found wealth and having fun, by showing how important older people are in society.     As a result of our politicians being so ineffective in the last ten years, older people need to make their voices heard much more loudly in future.  The next decade is going to be the era of public demonstrations about anything and everything.

Look what a difference a young child -Greta Thurnberg – made to raising the profile of climate change around the world.

Older people can learn from young people and do the same for social change and the ageing of society.

Greta and a bunch of young people just skipped school one day and picked up a load of placards and took to the streets.  When it went viral with lots  of media attention children were attracted to the idea of a day off school👬

So how would you get thousands of older people protesting and what about ?

Here’s an idea for the first few demonstrations about the things older people have been complaining about for years.

You can find earlier posts on this by clicking on the archive for August 2017 and finding my blog entitled “LLLP Brexit Negotiations on Gadgets”. 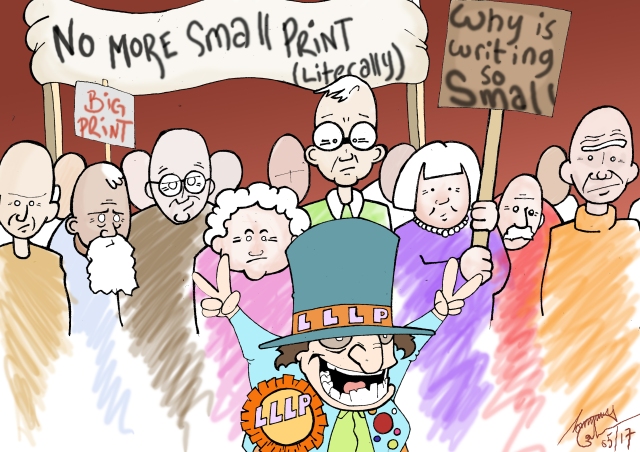 If you don’t want older people to read or understand things, for instance legal terms and conditions, the frequently used approach is to write it in small, unreadable print, like this is!

But don’t do it!  It’s not age friendly. 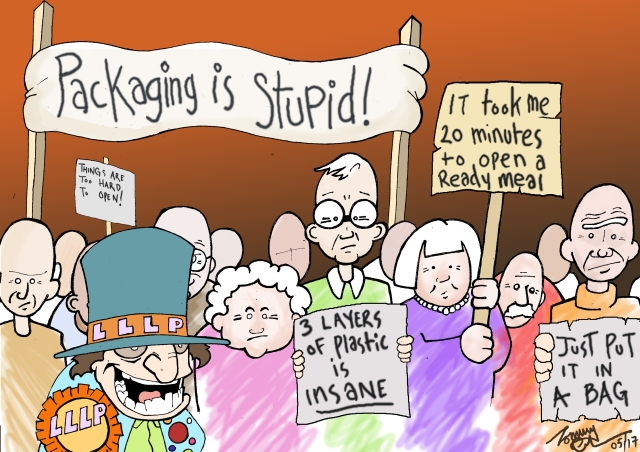 You can find earlier posts on this by clicking on the archive for July 2017 and finding my blog entitled “LLLP Brexit Packaging Negotiations”.

This entry was posted in SMILES and tagged “Trillions”. Bookmark the permalink.