Most robbery is done in the dark.  More daring robbery in the day usually requires a disguise.

Pirates had patches over one eye.  Stagecoach robbers in cowboy films had their neckerchiefs pulled up over their faces.  Modern day jewellery thieves and bank robbers usually go to the trouble of donning a balaclava for their heists.

Today’s insurance salesmen are much more brazen, particularly with older people.  They come well dressed in grey suits; they don’t bother with a disguise, they hide behind their “trusted” brand.

A recent report in Times Money covered the cases of a number of elderly people who found they were paying way over the top for insurance renewals.

An 89 year old was paying five times as much as new customers for building insurance.  When they were finally exposed after the man had died, Lloyds merely pointed out that the man “could have cancelled his insurance at any time”.   Not so much a trusted friend as buyer beware !

In another example, a daughter found her mother was paying more than twice the going rate for house insurance.   After they were rumbled, Aviva claimed it was a “miscalculation”.

It appears there are many more examples like this where insurance companies exploit the fact that at renewal time, elderly people are less likely to shop around and switch providers.    Most older people are used to being able to trust their insurance company to treat them well.     It now seems that trust maybe misplaced.

Who knows what they will be upto next ? 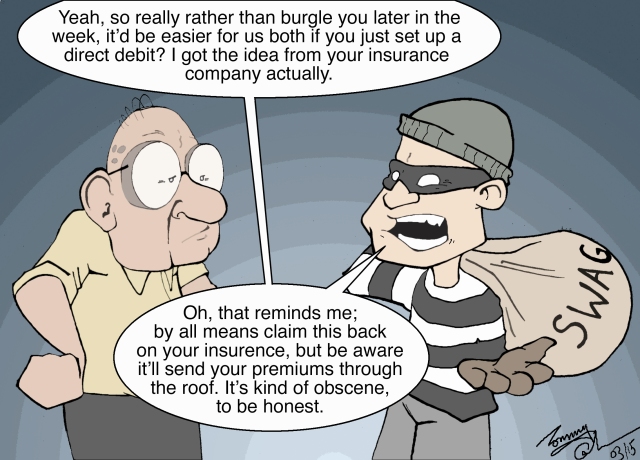 This entry was posted in Grey Products. Bookmark the permalink.