After a period of remission from my cluttering dissorder I’ve now started again with the help with the Tidy Bears.   (You can see all my earlier blogs on de-cluttering by clicking on “CLUTTER” in the TAG CLOUD).

I have mentioned before that we have lots and lots of spare glasses.   Probably numbering more than 100.   Quite why I have no idea, we just seem to have accumulated them over the years.

Here are some Bear explanations :- 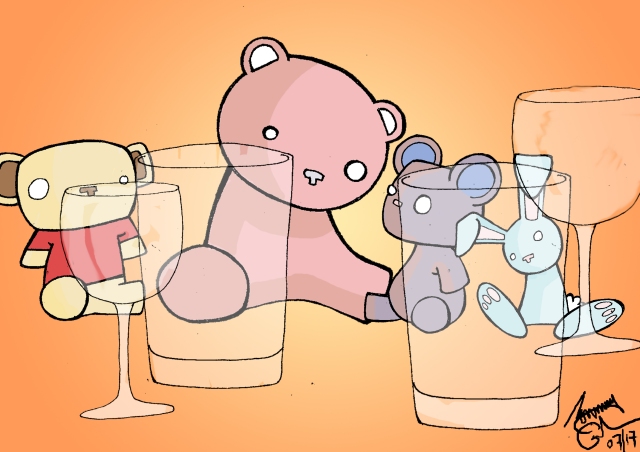 Looks like we haven’t got rid of any glasses afterall.

This entry was posted in SMILES and tagged Clutter. Bookmark the permalink.