Back in July 2017 I posted a blog about the LLLP and it’s “ISLAND” Project to gradually take over the islands around the British Isles, as a trade off with the European Union and the British Government for helping to solve Brexit.  You can see my earlier blogs by clicking on LLLP in the TAG CLOUD.

After some initial success at the start of the negotiations, the LLLP decided to take more of a back seat.  This was because it became obvious that there were already enough loonies in the cabinet.   After two years of lots of talking, but not a lot of listening, Mr Junket – the European Chief Non-Negotiator, Mrs Miserable Merkle – the German We’re All Right Jack Prime Minister, Mr Macarony – the French President of Haute Cuisine and Mrs MaybeMaybenot all fell for hook, line and sinker for the LLLP strategy for creating mayhem at every opportunity.   Especially the sinker bit. 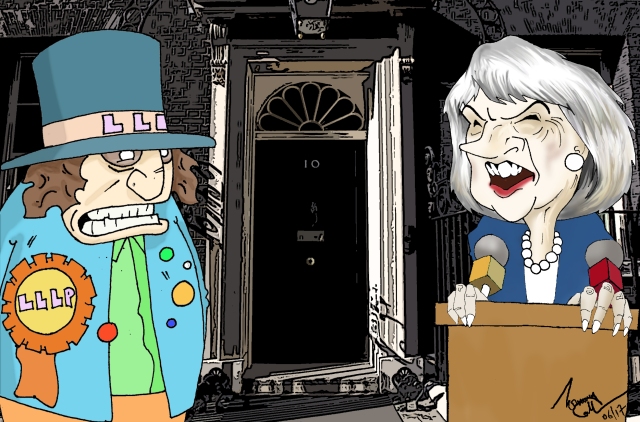 Many MP’s have already started to jump ship, including all of the Democratic Unionist Party, who have agreed to allow Northern “ISLAND” to become part of the LLLP Island Republic, providing the LLLP digs a canal between them and Ireland.   Half of Scotland is also thinking that way too, so they have already started to rebuild Hadrians Wall and man it with raging Billy Connolly’s .   Wales already has Offas Dyke which they plan to flood with water from the River Severn.

Mrs MaybeMaybenot will still be in charge of the British Isle, which will only comprise England.   All the other parts of Britain, who voted to remain part of the European Union, will now become part of the LLLP Island Republic.

All this will happen by 30 March or at the latest, 1 April.