BREXIT obviously isn’t going to happen very quickly, so the Last Laugh Looney Party is gearing up for the European Parliamentary Elections by preparing its Manifesto.  Everyone seems to be saying that we should have a softer BREXIT, so the LLLP has come up with a master stroke of enlisting the help of Teddies.    This is based on the idea that a group of Teddy Bears are likely to be just as effective as a whole parliament of European MPs.   The next contribution from a GrumbleSmiles character – Tidy Up Teddy. 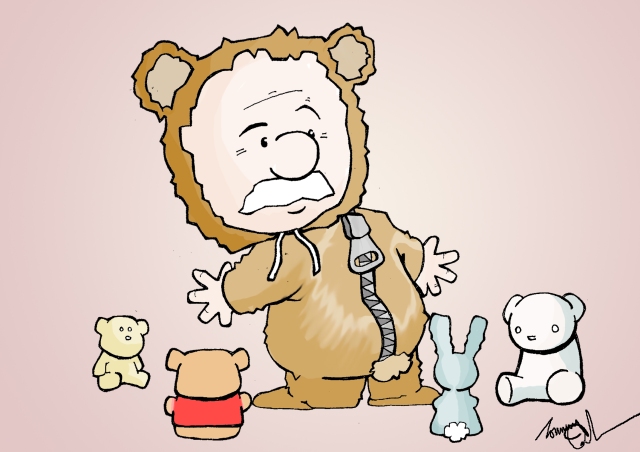 To start with, Tidy Up Teddy would give all the European MPs a hug and tell them to stop arguing with each other.

Next Tidy Up Teddy would suggest that they scrap all their regulations and start again after Britain has exited.    That way they can have as many regulations as they like in future but none of them will apply to the UK.

Tidy Up Teddy would suggest that there are no cuddly toy regulations so that Teddies can do what they like, when they like.    They also suggest that the Europeans should be much kinder to animals and stop eating horses.

Finally, Tidy Up Teddy suggests, that there should be an annual European Convention for cuddly toys.   This should be set up on an all expenses paid basis with funds provided by the European Commission to celebrate the final exit of Britain from the European experiment.

Oh and one more thing, on behalf of the Steiff Teddies that come from Germany, Tidy Up Teddy wants to say “will you stop pinning labels in our ears”.